Have a good break (even if today is already a weekend). Personally, I wish not to celebrate Labor Day as I really want to break-free from the day-to-day corporate world PERMANENTLY. Today reminds me the harsh reality of my obligation of needing to be back to work on Monday. I am still very much on some organisation’s payroll. I will continue to invest because money should make more money, and hopefully one day, I will be able to achieve my financial freedom. THAT ONE DAY WILL COME…..

I had finished reading this book. One key lesson that I learnt from Dan – be open-minded to new technologies / new developments / new innovation / new business – do not say no. Always embrace evolution. What is NO last time, may be YES in the future. The inconvenient truth is that digital assets did not really come across my realm or my mind. Kind of ignored it in the past. Well, what is past is past. Currently, I invested a small portion of my portfolio in BTC, ETH, LTC and XRP. Will not be more than 5% of my total portfolio. I believe in the potential future technological value of decentralized blockchains, but not the current exuberant market value of the digital coins. Too much Elon-influence as well as the Dog.

I have too many open positions at this juncture – both stocks / options. It’s kind of hard to manage all of them. Hence, any new addition to the portfolio has been rather or deliberately slow. I think the market is a bit frothy, and I do not intend to deploy more than 60% of the capital into the market. On Friday, I happened to add a small long stock position in $TWTR after it had suffered a big gap down. There is potential with TWTR. I am an avid user of TWTR. It will be profitable and it will have revenue growth but just that it falls short of analysts’ estimates. Anyway, what goes down, may potentially go back up (if the fundamentals remain intact)?

Twitter’s (NYSE:TWTR) stock was down Thursday night after the company released its first-quarter earnings, missing on user growth expectations and providing lower revenue guidance for the second quarter than expected.

The company reported revenue of $1.04 billion for the quarter, which was up 28% from $808 million a year prior. Twitter also reported a profit of $68 million, contrasted with a loss of $8.4 million a year ago.

Twitter guided that it is expecting revenue between $980 million and $1.08 billion in the second quarter. Analysts were expecting guidance of $1.06 billion on average, according to Refinitiv.

Twitter’s total number of monetizable daily users grew by seven million from the fourth quarter to 199 million but fell shy of analysts’ expectations of 200 million. The user base was up 20% compared with a year ago. The quarter marked Twitter’s first period mostly without the presence of former President Donald Trump after he was removed from the service following the Jan. 6 insurrection at the U.S. Capitol.

Twitter ad revenue grew 32% year over year to $899 million, according to the report, with total ad engagement growing 11% over the same period.

The company said it is still too early to understand the impact of Apple’s (NASDAQ:AAPL) privacy changes in iOS 14.5. However, Twitter pointed out that its integration of Apple’s SKAdNetwork enabled the company to increase by 30% the total number of iOS devices it can reach with its Mobile Application Promotion (MAP) offering.

Disclaimer: This is not an investment or trading advice. Please refer to general disclaimer of this blog. If in doubt – please consult with your licensed financial planner or adviser. 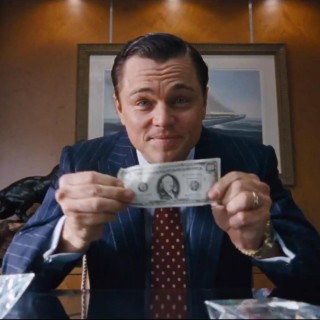 THIS IS A PERSONAL INVESTMENT BLOG AND SHALL NOT BE RELIED IN WHATSOEVER MANNER BY ANYONE. ALL ARTICLES CONTAINED IN THIS SITE ARE STRICTLY FOR INFORMATION AND ILLUSTRATIVE PURPOSES ONLY AND DOES NOT PURPORT TO SHOW ACTUAL RESULTS. IT IS NOT, AND SHOULD NOT BE REGARDED AS INVESTMENT ADVICE OR AS A RECOMMENDATION REGARDING ANY PARTICULAR SECURITY OR COURSE OF ACTION. SOURCES USED IN THIS SITE HAVE NOT BEEN INDEPENDENTLY VERIFIED FOR ACCURACY, COMPLETENESS AND TIMELINESS. YOU SHOULD SEEK INDEPENDENT AND PROFESSIONAL INVESTMENT ADVICE IN REGARD TO YOUR INVESTMENT DECISIONS. THE AUTHOR MAY HOLD POSITIONS IN THE SECURITIES MENTIONED IN THE ARTICLES.